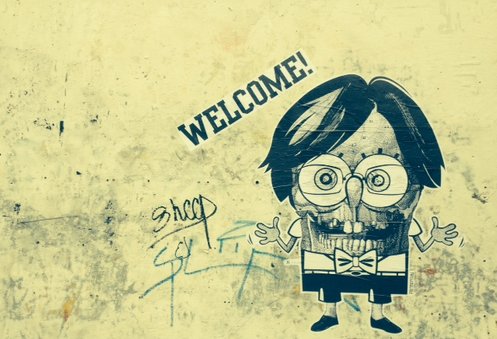 The 10 Hidden Secrets of Mons

an urbanist guide to the European capital of culture

Mons was once a forgotten city known mainly for its abandoned coal mines and World War One battlefields. But it has smartened up its image in preparation for its year as cultural capital of Europe.

This picturesque southern Belgian town has a population of just 93,000, but it is far from a sleepy backwater thanks to the students who attend Mons University and the Music Conservatory.

But not everything has worked out according to plan. The station won't be finished until 2018, the Belfry can't be climbed before April and the fascinating Mundaneum isn't due to reopen until June. And as if that wasn't bad enough, thelandmark art installation by Arne Quinze is wobbling dangerously.

But it still looks like being an inspiring year of culture. Here is my personal guide to the city.

Mons has swept away its old coal mines and embraced the digatal era. Internet search giant Google has built a huge data centre outside the town, creating a wired community out among the abandoned pits. The locals have responded in their own quirky way by creating mock Google street views of Mons, including one with two people paddling canoes down a Mons street pursued by police officers

The best way to understand Mons is to climb the hill in the town centre by the hidden alley Ruelle César. This ancient route winds up the hillside to emerge on a summit where you can look down on the old rooftops of Mons.

The most striking building on the hilltop is the Belfry, which Victor Hugo compared to “a huge coffee pot surrounded by four smaller tea pots.” Now a Unesco World Heritage Site, it has just been restored, so you can heave up to the coffee pot-shaped top for a spectacular view.

locals are renowned for fighting a green dragon called Doudou. This strange ceremony is held every year on the first Sunday after Pentecost on the main square that involves men dressed in green leaves, a swinging dragon’s tail and a man representing St George who kills the creature with a single pistol shot.

Mons mayor Elio di Rupo became Belgian prime minister on 6 December 2011 after the country’s record-breaking 541 days without a government. He transformed grey Belgian politics with his stylish Italian charm, smart red bow tie and fondness for posing in brief swimming trunks. But now he is back to running Mons and Belgian politics is back to being grey.

Home and Away at La Maison Folie

It’s hard to pick the strangest event of 2015, when you have an opening ceremony on 24 January involving dancing robots, eight Finnish hot tubs, a re-enactment of the Woodstock festival and 18,000 people dressed in shiny aluminium ponchos. But the organisers hope to hit a high in February when they reconstruct an 19th century London East End working man’s pub inside an old school building named La Maison Folie – the Mad House. The aim of the four-day event (19 to 22 February) is to spice up Mons with a mix of British eccentricity and cutting edge culture.

The Brussels-based artist Catherine de Duve was asked to come up with a room where kids could do art based on Van Gogh's paintings. She came up with the idea of rebuilding the famous bedroom in Arles, but without the colours. The kids then come along and add coloured stickers to create their own work of art.

7. Van Gogh in the Borinage

biggest event in Mons’ year as cultural capital of Europe is the Van Gogh exhibition (held in the newly-renovated BAM museum, 25 January to 17 May, tickets sold by time slot, €15), but don’t come expecting starry nights or yellow sunflowers. The focus here is on the period Van Gogh spent as a preacher living among the poor mining communities of the Borinage, just south of Mons, so the exhibition will focus on Van Gogh’s early drawings, copies of paintings by other artists and letters written to his brother Theo).

The weirdest museum in Mons is the Mundaneum (www.mundaneum.be), which contains the remains of a vast collection of newspapers, posters, catalogues and curiosities of all sorts gathered in the early 20th century by the Belgian philanthropist Paul Otlet. For years it lay forgotten in a Brussels underground car park until it was finally snapped up by Mons, housed in an empty department store and rebranded as the world’s first internet.

organisers of Mons 2015 want you to get lost and discover unexpected places, so it is worth exploring the town’s steep cobbled lanes, hidden gardens and secret courtyards, like the Maison Losseau.

Along the way, you will come across art installations, pop up bars, street art and a 10-kilometre-long poetry installation on several buildings (random locations across Mons throughout 2015, details on the Mons 2015 website under ‘Art in the city and trails’). 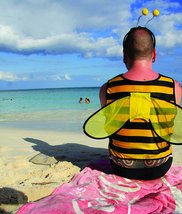 A rambling bohemian place with wooden floors, ancient objects hung from the roof beams and toilets that look like mini art galleries. The multilingual staff are irresistibly charming as they serve generous salads made with unexpected ingredients like boudin blanc (white sausage).

You can drink a local beer in La Cervoise, where the interior is furnished in traditional Belgian style with leatherette benches, brass rails and little hooks to hang your coat. The lengthy beer menu lists 170 brews including hard-to-find local specialities such as Quintine beers from the witches’ town of Ellezelles (which proudly claims to be birthplace of Hercule Poirot, solely on the basis of a fake birth certificate) and the lovely La Chouffe on tap.

One of the strangest places to spend the night is the Carnival Room in the Dream Hotel, where the bedside tables are made from drums and the carpet resembles a confetti-strewn cobbled street. But almost any of the 57 rooms in this renovated 19th century chapel has its quota of Belgian weirdness, from the bowler hat lamp-shades in the Magritte room to the giant Smurf mural behind the bed in the Comics Room.

of Belgium’s most inspiring independent cinemas, the Plaza Art Cinema is a favourite of Luc and Jean-Pierre Dardenne, two brothers who make acclaimed indie films set in gritty Belgian industrial towns. Unlike most cinemas in French-speaking Belgium, the Plaza Art screens international films in the original language rather than using dubbed French versions.

The one place that will make you regret coming to Mons is the railway station. The star Spanish architect Santiago Calatrava was commissioned to design a sublime new station like the one in nearby Liège, but this costly project won’t be finished until late 2015 at the earliest, so many of the expected two million visitors will have to pick their way around a muddy construction site. It makes you wonder if you have got the wrong Mons, or the wrong year, but this is definitely the right place and the right time to visit. 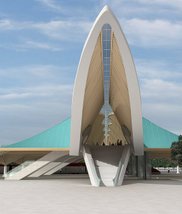