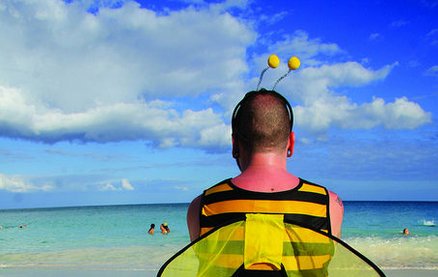 Give me liberty, or give me lunch

Earlier this year, the world looked on in horror as protestors stormed the American Congress building in Washington DC. And some of us wondered if the same could happen here in Belgium.

Our little country had its revolution back in 1830. It was, as you might expect, an odd uprising that broke out in the Brussels opera house of all places. Not so much the hungry poor rising up; more the people in the dress circle booing the soprano.

Anyway, the revolt spilled out into the streets during four days of fighting. According to some historians, the Belgian freedom fighters paused each day at midday to go home for lunch. A nice steak and a glass of wine, followed by a snooze, then back to the barricades. And so a nation was born.

But could we see history repeat itself? I wondered as I watched the TV footage from Washington. “It would be rather difficult,” a Belgian friend pointed out. “You’d have to agree which government you wanted to bring down.”

“You could go for the federal government,” he explained. “Or the Flemish. Or you could storm the Walloon parliament building, but that’s in Namur. Or the French community parliament in Brussels, if you could find it.”

He wasn’t finished. You might, depending on your grievance, decide to attack the Brussels regional parliament. Or you could, if you were German speaking, decide that the East Cantons parliament in Eupen was the one to topple.

“And then of course you could storm the European Parliament,” he concluded.

You might be fired up by the country’s bad record on climate change, he went on. But you’d soon discover that there are several government ministers responsible for climate. Three in Brussels. One in Namur. And guess how many health ministers we have? “Eight,” he sighed.

I was reminded of an incident a few years ago. A hole mysteriously appeared in our street in Brussels. It wasn’t a big hole, but it was big enough. People began to use it as a convenient rubbish tip. One morning, I spotted a ski boot down there.

The municipal workers came and put a barrier around the hole. But then a car hit the barrier and knocked it into the hole.

The seasons came and went. Summer turned to autumn. The hole filled with dead leaves. And beer cans. The ski boot disappeared under a heap of rubbish. Hundreds of years from now, archaeologists will dig up the boot and decide there must have once been a ski resort on the slopes of Ixelles.

I thought about calling someone to report the hole. But who do you call in Belgium? Would that be the commune, the region, the ministry of roads? “Don’t even think about calling someone,” my cynical Belgian friend told me. “They will just tell you to call someone else.”

And so my question has been answered. We will never get a revolution in Belgium, because no one knows who is responsible.