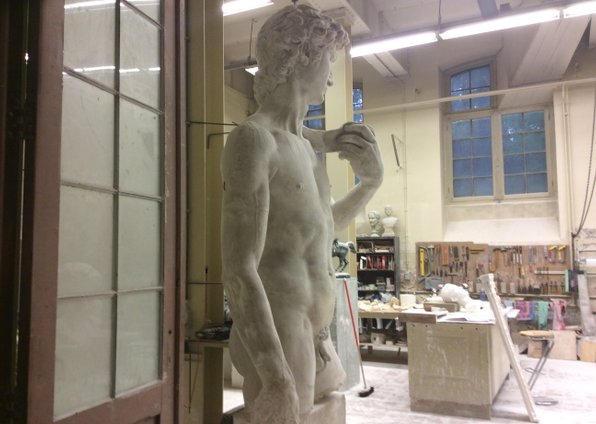 A cast of thousands

This secret place has barely changed since it was established in 1876. Founded by King Léopold II, it was one of several plaster cast workshops set up in Europe to meet demand for replicas of famous classical Greek and Roman sculptures. Most of the workshops have closed down, but this one survives. It is now one of the three most important plaster cast ateliers in the world.

These workshops originally met a sudden demand in the late 19th century for white plaster copies of great works of art. They were ordered to decorate town houses, art galleries, public schools and municipal halls across the country. But now these works often gather dust in an attic or a storeroom.

The fascination with plaster casts began to fall off in the early 20th century due to changes in taste. But the Brussels workshop has continued to function for more than one hundred and forty years. What makes this place special is that you are free to wander around the storerooms and watch the craftsmen at work. There is nothing else like it anywhere. 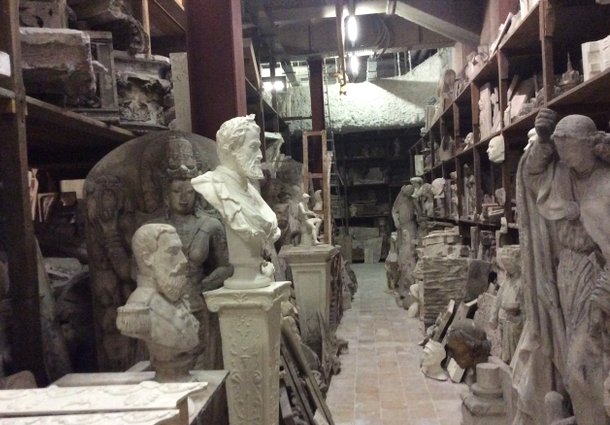 The statues in the collection are often copies of familiar works in major European museums. Some of them have labels tied on with string that tell you something about the original. You might spot a dusty Voltaire on a high shelf, or the beautiful head of a young 15th century Italian woman made from pristine white plaster.

The works are sometimes displayed as if they were in a museum, but often the arrangement is accidental. In one display case, a delicate cast of a woman’s left hand sits alongside a statuette of a cat that once guarded an Egyptian tomb. No museum would ever allow such a clash of periods.

By the end of the 19th century, all the great museums and art schools had displays of plaster cast replicas. In the days before photography, these reproductions were used as teaching aids, introducing students to classical sculpture. They provided an opportunity to look at great art in a period when only the aristocracy could afford to travel to Greece or Italy. Now we have Ryanair to take us to Florence in a couple of hours, so there is less need for a reproduction. But you will still come across local art students sitting around on the floor patiently copying the sculptures, following in the footsteps of generations of students before them.

The workshop has a special atmosphere you almost never get in a museum. It’s possible to get up close to the sculptures, even touch them. Of course they are just copies so they have imperfections and even damaged parts. Look closely at the replica of Michaelangelo’s Dying Slave and you will see that someone has scribbled a message in pencil on his torso.

They may not be authentic, but the plaster replicas have their own history. Each one was created at a particular time by a skilled craftsman working from the original. Made from white plaster of Paris, they have their own character that is different from the bronze or marble original. And because they are copies, they can be painted bright colours to look like the original versions, raising the question of whether the copy shelved in the workshop might be closer to the original than the polished object you see behind glass in a museum.

The biggest surprise comes when you step inside the vast storeroom at the back. This is stacked to the roof with the ancient plaster cast moulds used to create the replicas. It is like walking through an Ikea warehouse filled with ancient tombs. Lying around are abandoned fragments of mediaeval saints, classical heads and mysterious broken legs.

The archive currently shelves more than 4,000 moulds taken from works dating from prehistory up until the 18th century. The pieces are only identified by a number, so it’s impossible to know whether No. 1177 is the mould for a Greek warrior or a Gothic saint.

There is a further surprise when you turn a corner and discover the workshop where the replicas are made. The room has a strange light caused by the powdery white plaster that seems to cover everything from the windows to the technicians’ clothes.

The skilled craftsmen work at old wooden desks next to a huge reproduction of Michelangelo’s David, suspended from the roof by a pulley. The replica was apparently made from a mould produced in Florence in 1875 for the German government. But only the upper body is on display, because the roof is too low for the full figure. The legs are stored away somewhere else in the building.

The people who work here are extremely friendly and, if they are not too busy, they will tell you about their work. Visitors can also join a guided tour to learn more about this almost forgotten craft.

It is possible to order your own reproduction from a catalogue if you would like to add a touch of classical culture to your living space. You might be tempted by a winged angel. Or a beautiful head of Lorenzo de Medici for your mantelpiece. The smaller works cost just a few hundred euro, and you know they were made by skilled craftsmen who keep alive a dying art. 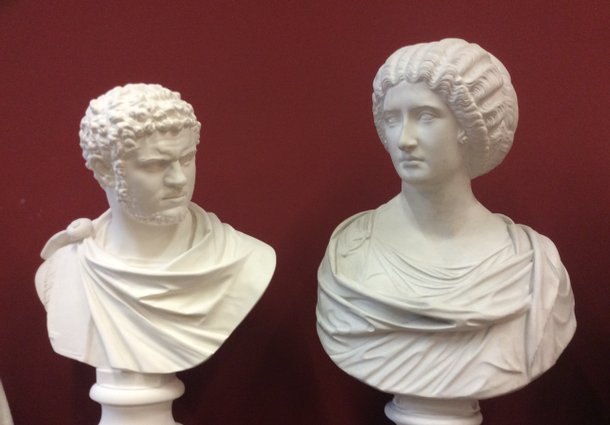 The workshop is open from Tuesday to Friday. 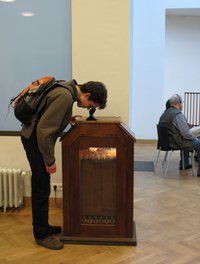