THE COOLEST CAFES. THE BEST BARS. THE FINEST BEERS. 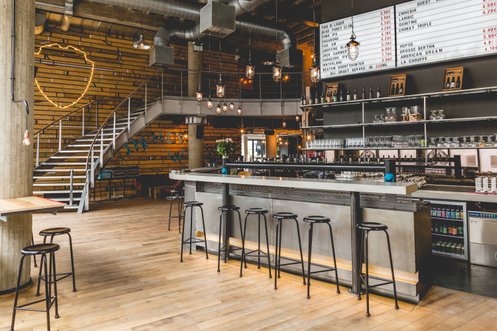 The Scottish crowdfunded brewery Brewdog has just opened a gorgeous new bar opposite Central Station. It occupies a sleek modernist building where the Belgian national airline Sabena once had its check-in desk. The two-floor interior has been given a makeover in Brooklyn industrial style while the roof terrace provides a great spot to sit with a beer when the weather is fine. The bar has some 40 beers on tap, ranging from unique Scottish brews to the latest Brussels craft beers. 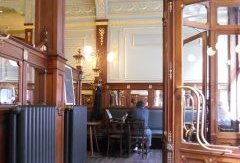 When the Greenwich cafe closed for renovation, people grumbled that it would never be the same again. Now it has reopened, we can judge for ourselves. The restoration work was carried out by the Ghent firm Robbrecht & Daem. The old smoke-stained celing has been repainted pale blue and gilt, while the scuffed old wooden furnishings look like new again. But what about the famous toilets in the basement that were considered the most luxurious in town. They have been smartened up considerably. The staff are friendly and the coffee is priced at just €2,50 so, all in all, it seems like we can breathe easily. The only thing you might regret are the chess players who used to frequent the place, but have now moved on to other cafés in the neighbourhood.

but how good is the coffee? read about it here 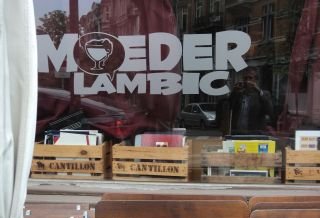 Hidden away behind St Gilles town hall, Moeder Lambic is a dark little bar with a few tables out on the street. It's a friendly, homely place with old beer crates filled with comic strip books to keep kids happy while their parents mull over some rare Gueuze from the Brabant valleys. If upper St Gilles seems too much of a heave, you can find a second branch down on Place Fontainas.

We first discovered this cool little coffee bar soon after it opened in the Marolles. The owners decamped last May to a new location in a former bookshop near Grand'Place. We dropped by recently for an early morning shot. The old interior is an intimate place to meet friends and the coffee is still as good as we remember it from the Marolles. The one drawback is that it only has a couple of litle tables outside on the pavement so it is not the perfect spot for a sweltering summer day. But we look forward to squeezing in here on a dark winter afternoon.

The lovely Piola Libri is just a few steps from the European Commission. Here you can sip a white Italian wine from the Veneto and nibble the bar snacks while an Italian writer reads from their latest book. The back room is one of the most romantic spots we know.

This is a friendly, bustling wine bar on a busy avenue facing the Abbaye de la Cambre. You can sit inside among racks of wine bottles or outside on a large terrace. The sommelier offers 56 wines by the glass along with plates of pintxo. The fun part is that you load a card with credit and then help yourself from the row of open bottles along the back wall.

Sister of La Piola Libri, this is a friendly Italian wine bar on the edge of the Place du Châtelain. So on a Wednesday evening, as the glorious weekly market begins to wind down, the place is packed with people sipping crisp white wine and tucking into pasta. 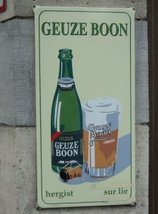 Here is a beer that tastes like nothing else on earth. the first sip is something of a shock because it is so sour, but you eventually get used to it. This is what beer tasted like in the Middle Ages, the owner claims.